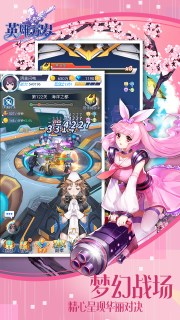 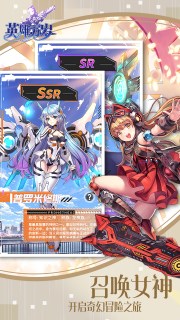 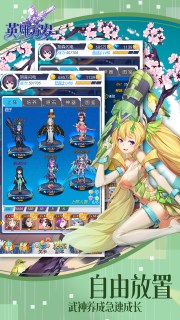 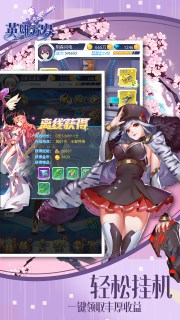 Goddess Legion: Silver Lining brings you a new 3D idle RPG which has hyper dimension cute anime girls with you in command. No time to fight but still want to be a powerful player? Try out the casual idle mode to fight automatically anytime and anywhere.
Recruit Goddesses, explore instances, PvP in the arena, choose your favorite Goddesses and start winning battles! Fantastic 3D graphics, exquisite characters are co-produced by famous painters will show you a brand new cosmic era. Let’s bring up pretty Goddesses and begin an epic adventure trip in this universe!
Game Features:
■ Idle Battle Gameplay
Growing a powerful Goddess legion while you’re away.
Even if you are offline for a break, your Goddesses will still be fighting for you.
■ 100+ playable girly characters
Over 100 legendary Goddesses from different races with unique personalities are available in the universe. Cultivate with your favorite Goddesses.
■ Dating With Your Girls
Dress your girls up in your favorite outfits!
Customized fashion attires make your girl the fashion idol.
■ Assemble Powerful Team
Recruit Goddesses and strategically build your team to defeat the evil.
Deploy Goddesses with different formations. Try to figure out which is the best tactic for your battle.
Create or join mighty legion with players from all over the world. Fight to glory!
■ More than just an Idle game
SSSR? Rare Goddesses and various instances are waiting for you!
Put forth your best Goddess to get rich rewards in the Elite Challenge, Gemstone Trial, Endless Tower, Time-space Door, and Arena.