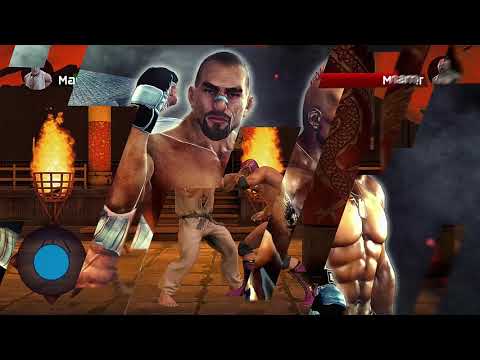 Fighting Game PvP Action RPG
2.8
The war is begun! Plunge into the karate fighting games, knockout opponents, fight like a master and become world pro fighting club champ. Join martial arts contests and enjoy real fighting madness of kung fu games. This boxing game definitely gives you all types of fighting experience. So, fight and boost your skills to a higher level in this fight club. Prepare yourself to win a victory in a fighting battle. Show your kungfu or taekwondo games moves with new powers and defeat your robust challenger. This game is a combination of different karate fighting games like wrestling games, karate games, muay thai, and martial arts games. In this kung fu warrior game, you will enjoy the blend of gym fight, street fight, and combat fight. Download this addictive and thrilling karate games to show your proficiency to the world and get fighting glory. If you like fighting games and boxing game you should never miss this one!

Get ready for the action of muay thai! All you have to do is to choose your fighter and opponent and hit as much as you can. As a real player focus on the opponent's weak point, hit with your kung fu moves, attack with your full strength and powerful skills in taekwondo games and wrestling games. Quickness is key to winning the hand to hand fight in best karate games. Keep an eye on every move of your combatant that is fighting against you and use the enemy's power against himself in this fight club boxing game. Each fight rewards a good amount of coins through which you may change your fighting character. Jump into the best fighting club and win all the fights and become the karate master in martial arts games!

Upgrade your power, speed, and accuracy with new strikes and fighting styles getting points for each winning match of wrestling games. It’s the best karate games of fighting club we recommend you in the top action games to come and play muay thai, martial arts games, and taekwondo games to show show terrific powers. Master in shadow energy and defend yourself in the brawl on the streets! This game will surely amaze you with its great features. Enjoy punch fighting, martial arts, kick fighting, and taekwondo fight club.

Play Day of Fighters - Boxing & Karate Fighting and give your feedback!

Day of Fighters - Kung Fu Warriors 格鬥之日 will be installed on your device. One More Cup of Coffee (OMC2)
Download via QooApp