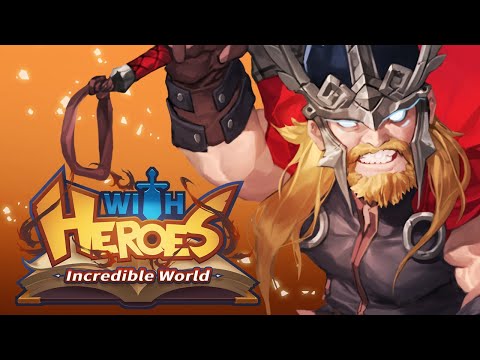 #Napoleon! Guan Yu! Genghis Khan! Take over the world with your best combo of fiercest conquerors!
#Fabre! Beethoven! Anderson! Explore the world with your own band of unique historical figures!
#Odin! Zeus! Michael! Oversee the heavens and universe by forming your team of celestial heroes!

★ Casual Everywhere, Free-to-do Anything ★
[Relax and Battle] Enjoy the convenience of the idle auto-play system
[Anytime, Anywhere] Sit back offline and claim the rewards that are being harvested every moment by your heroes
[Free Loot Boxes] The thrill of taking risks! Trade and exchange valuable loot chests with other players in the Black Market

★ Exciting Content! ★
[Quest] Reap abundant rewards upon unlocking achievements and completing missions
[Dungeon] Claim plenty of riches through auto-battle and item farming
[Portal Battle] How far can you push your limits? Engage in the never-ending wars of the arcane portals
[Colosseum] Assemble a mighty team of heroes against players from all around the globe! Take up the challenge to seize the highest honor

★ Black Market ★
Player-to-player trading system, where the chests on sale change according to the fluctuating market price.