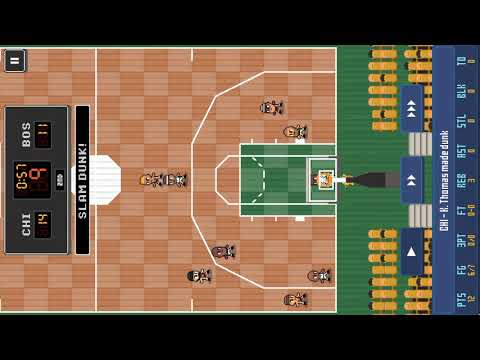 Prizefighters 2 Prizefighters 2 4.2
Hoop League Tactics is a fresh new take on the sports management simulation genre. Take control of your basketball team and lead them to victory in turn-based tactical action. Manage your players between games by upgrading their skills and scouting for the next prospect to join your squad. Whether you'd rather control every action or watch from the sidelines, how you decide to play the game is entirely up to you!

- Choose a league and take your own basketball team through an in-depth Season Mode.

- Draft players, negotiate contracts, and improve your team after every game with player progression and skill trees.

- Manage your players fatigue and keep them fresh with load management to prevent injuries. Players will eventually retire after they've played too many seasons.

- Play, watch, or simulate your own games and other team's games around the league.

- Full stat tracking for every player and team across multiple categories.

- Earn individual accomplishments for your players from multiple end of season awards.

- Qualify for the post season tournament and lead your team to the championship.

- Continue playing for multiple seasons and win as many championships as possible!

Follow us on social media for the latest news and information on Hoop League Tactics!

Hoop League Tactics 籃球聯賽戰術 will be installed on your device. Koality Game
Download via QooApp