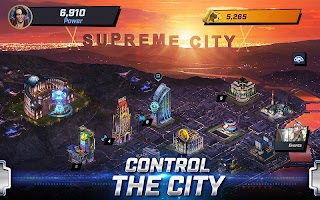 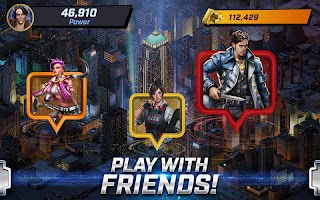 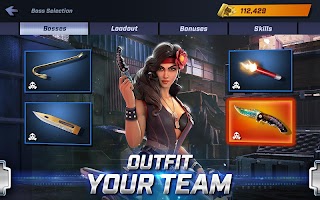 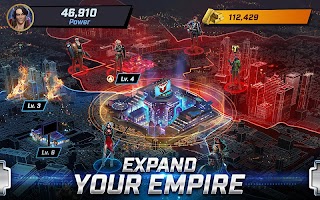 Strategy MMORPG
3.8
Supreme City Rivals is a strategy MMORPG for mobile themed on being a gangster.
Be a Hero amongst Villains. Show 'em how to rule the streets. Supreme City Rivals is the top new strategy MMO. Recruit members and work together to take down the toughest crews from around the world!
Challenge rivals to fierce turf wars and dominate with instinct driven strategy. Expand your Empire by recruiting new members. But be careful who you trust, there's always someone looking for their shot at the top.

Word on the street is... there's a new criminal mastermind in town. Make a name for yourself in Supreme City Rivals where the villains are heroes and the respect is earned! Show the streets who's boss in this all-out crime mafia war game!

Supreme City Rivals is a vibrant hero based MMO strategy game starring a diverse cast of underworld heroes. Build your team, explore cities, and battle rivals in an exciting competition for power.

REALTIME STRATEGY & WAR
Be a boss in realtime as you defend your turf against players from all over the globe. Show your rivals that your criminal empire isn't messing around. Deploy your best strategy to control the streets in a hostile takeover!

MASSIVELY MULTIPLAYER WORLD
Live like a mobster in the battle to control the streets against millions of players from around the world! Join an alliance and hit them hard before they hit you!

GEAR UP YOUR GANGSTA
Equip your crew with the latest weapons and gear and get in on the action in this action driven MMO RPG. Look like a boss by leveling up to unlock the latest skins and weapons! Do the job right and do it with style!

RECRUIT THE BADDEST CREW
Be a crime boss! Enlist new criminals and strategize to stop them cold. Use strength in numbers to defend your turf!

SCOUT OUT NEW TERRITORY
Expand and control territory with the strength of your alliance by your side. Find resources up for grabs, cities to take over, and targets to take out in this MMORPG!

EVENTS AND REWARDS
Compete with your crew in realtime events against rivals to claim exclusive rewards and get an edge on the competition!

Prove your strength as a criminal mastermind! Build your gang and defend your city. Bust down enemies in stealth and speed. Find the best strategy to claim enemy territory and control the city.

All's fair in crime and war! Gang up with your modern day mafia to take down your rivals. Defend your territory, bust down enemy borders, and rule the streets in the best new crime strategy game, Supreme City Rivals! 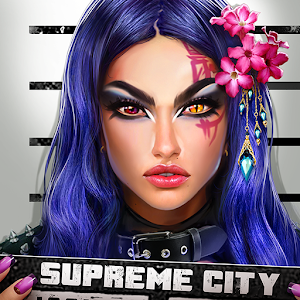