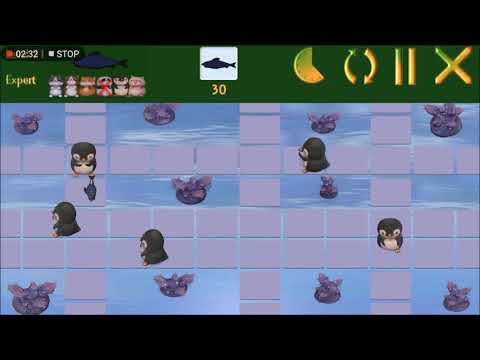 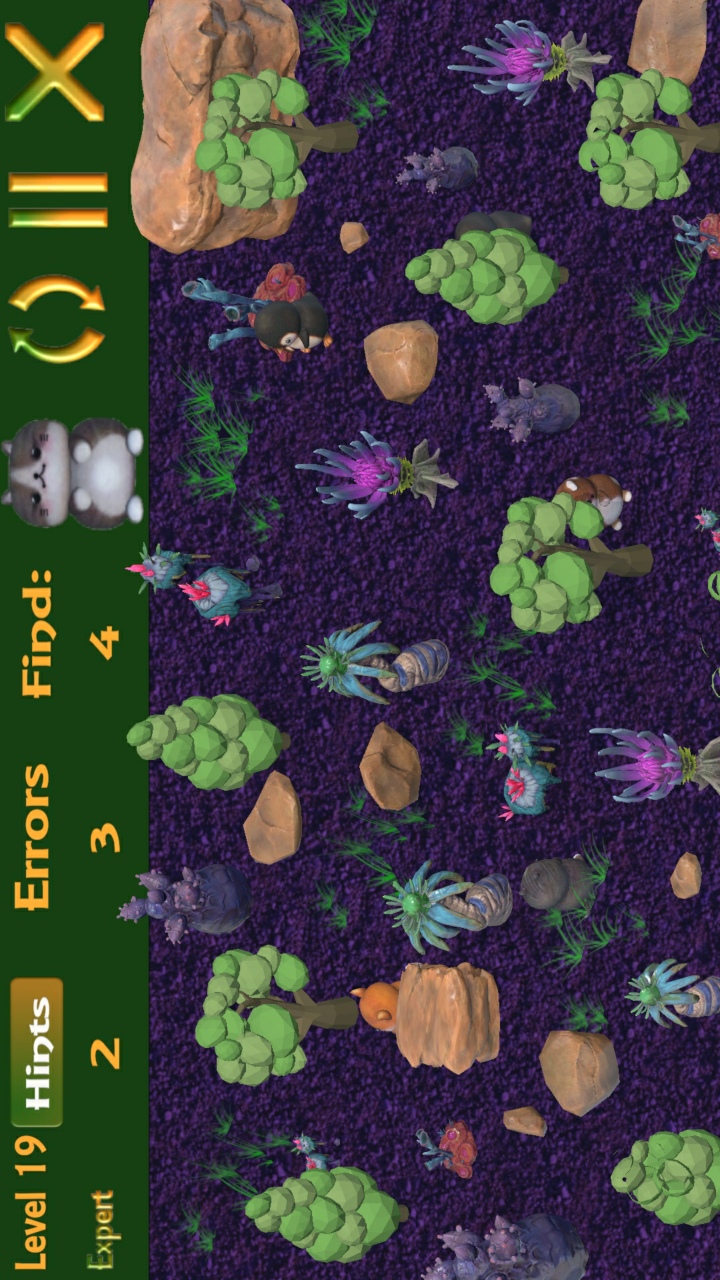 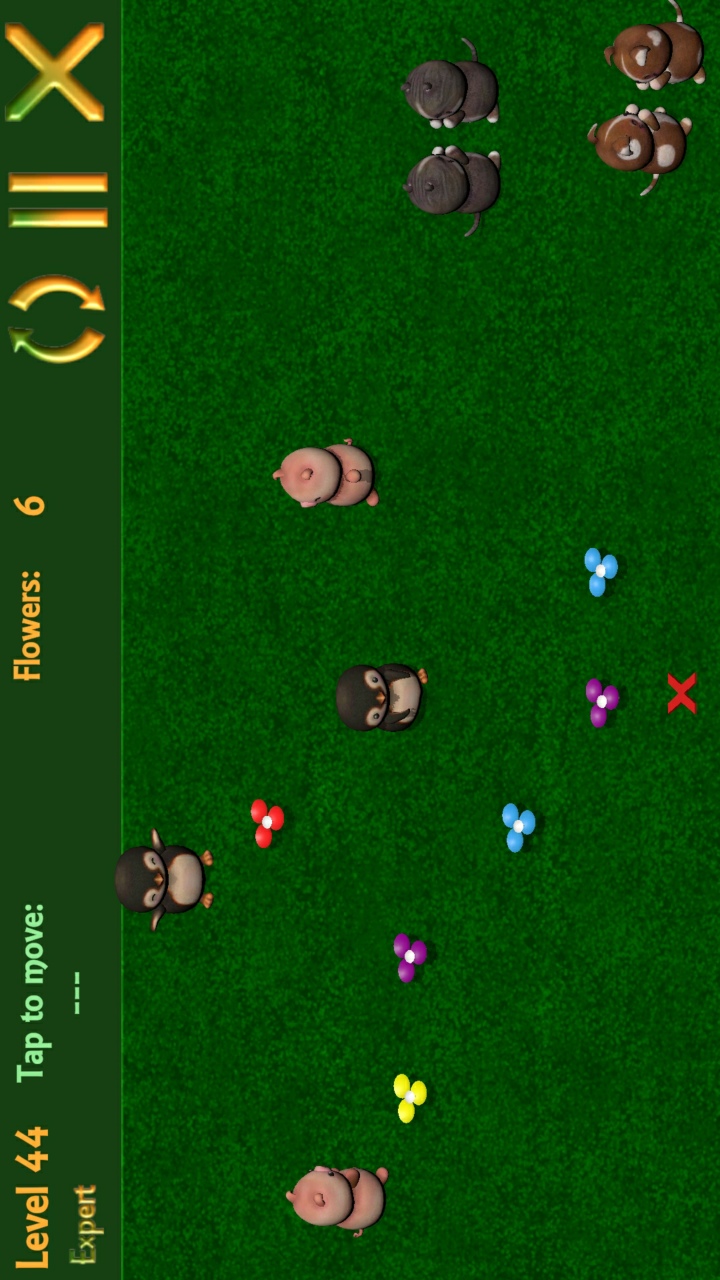 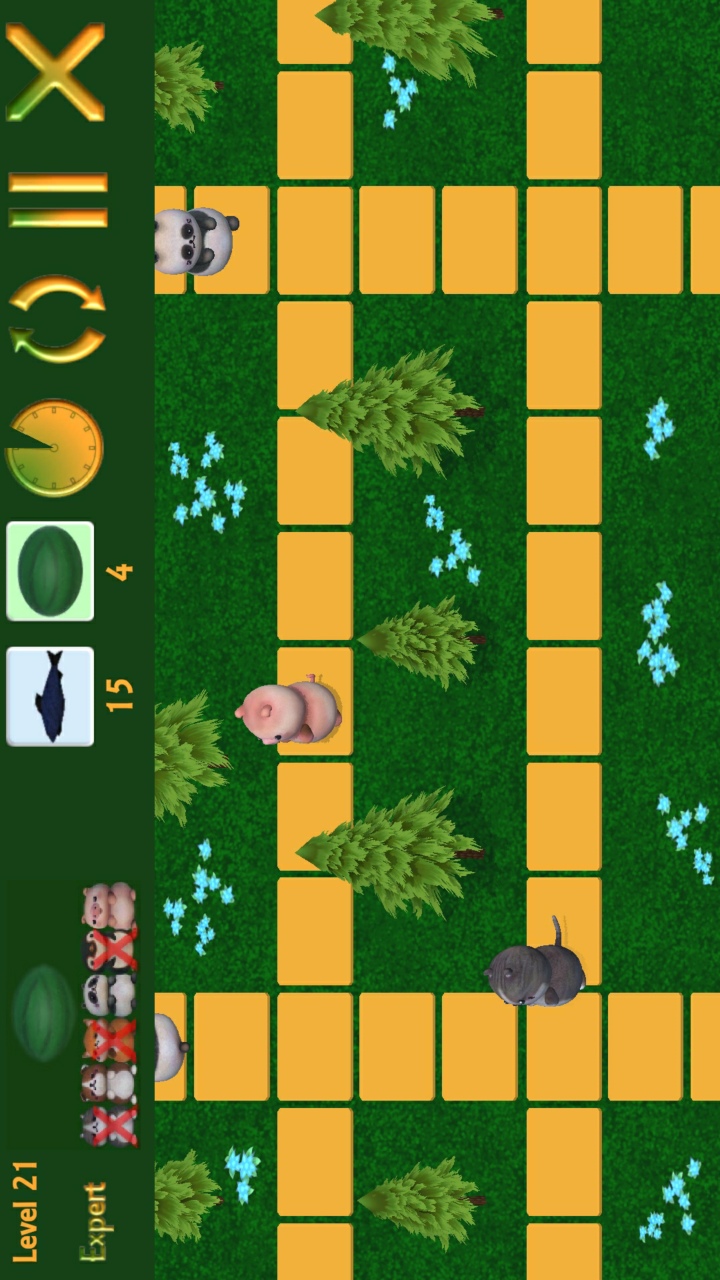 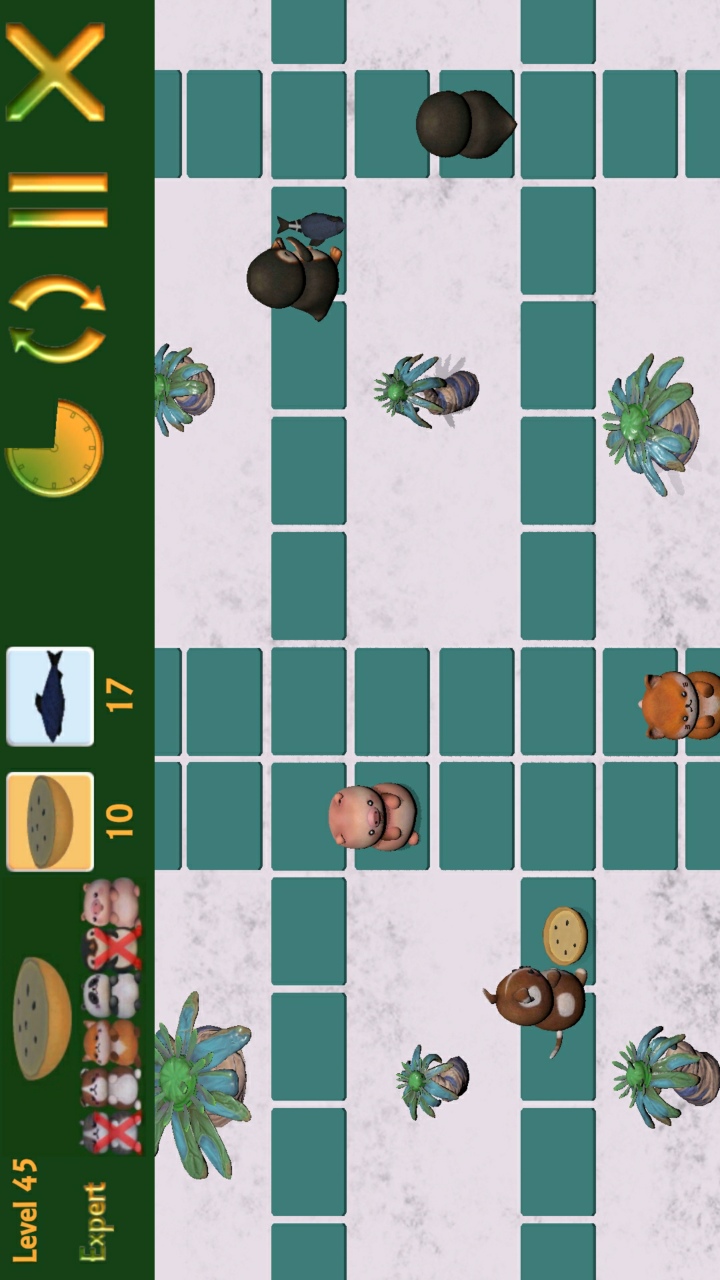 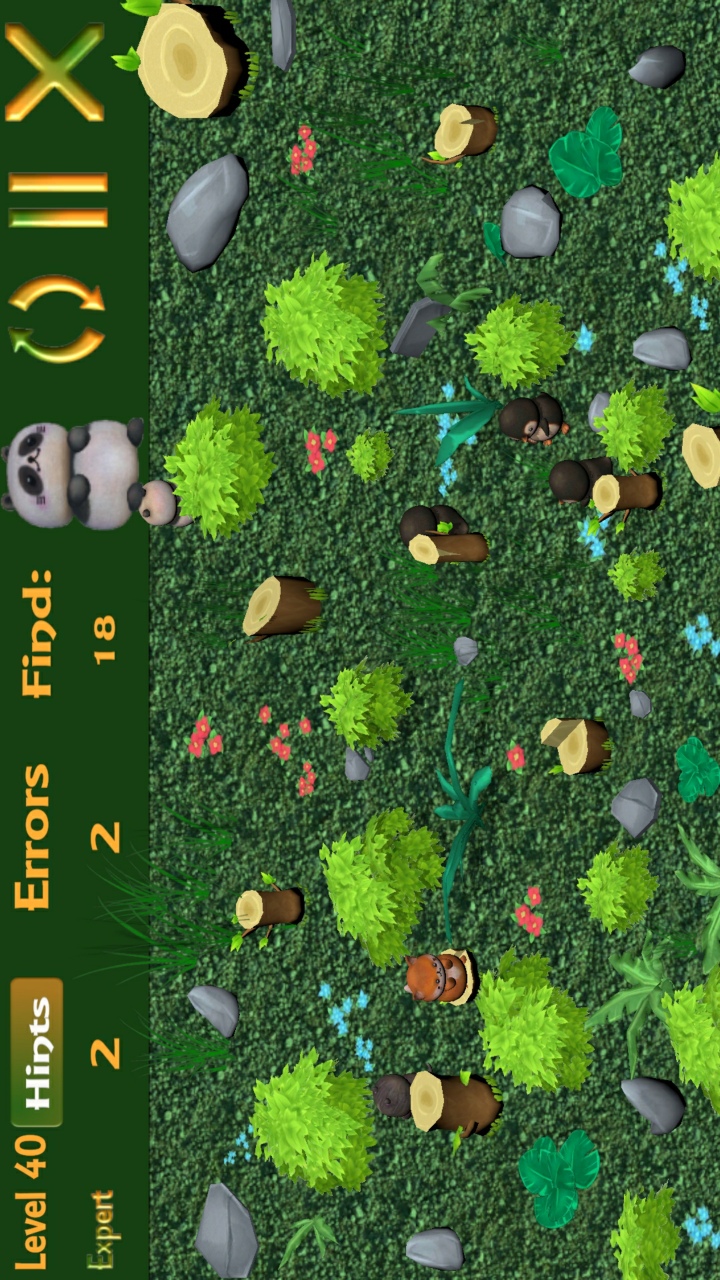 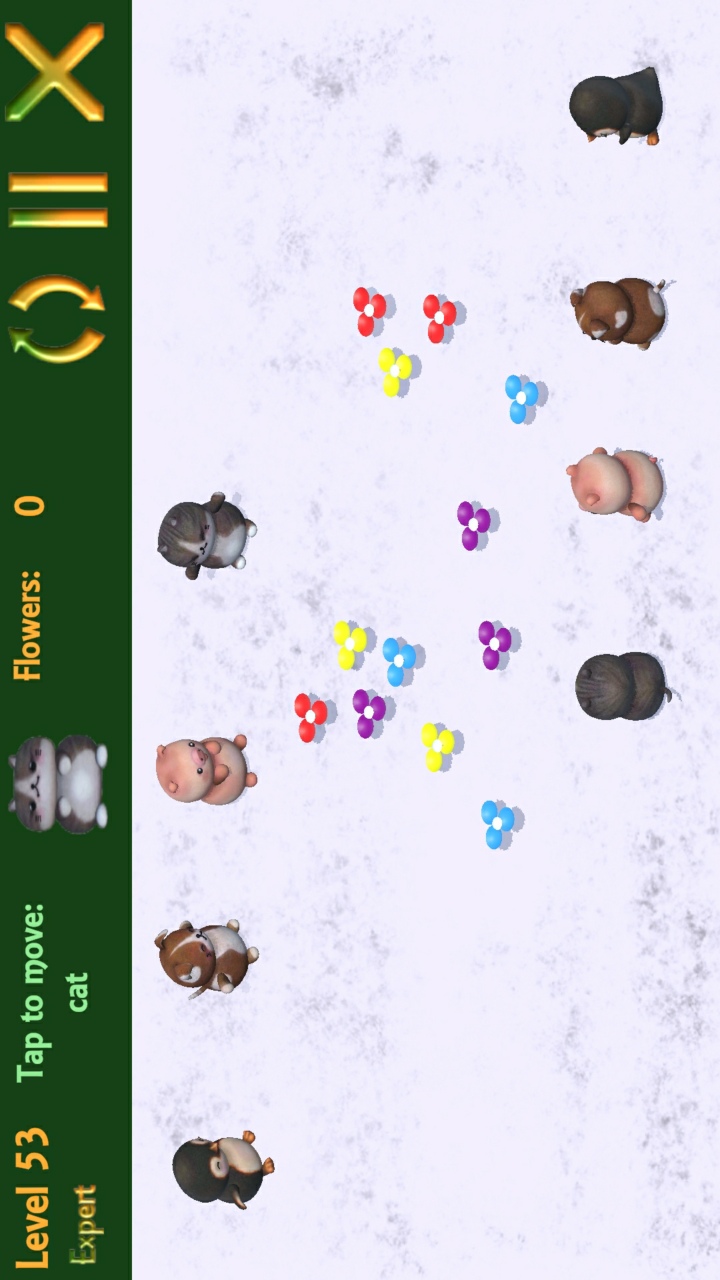 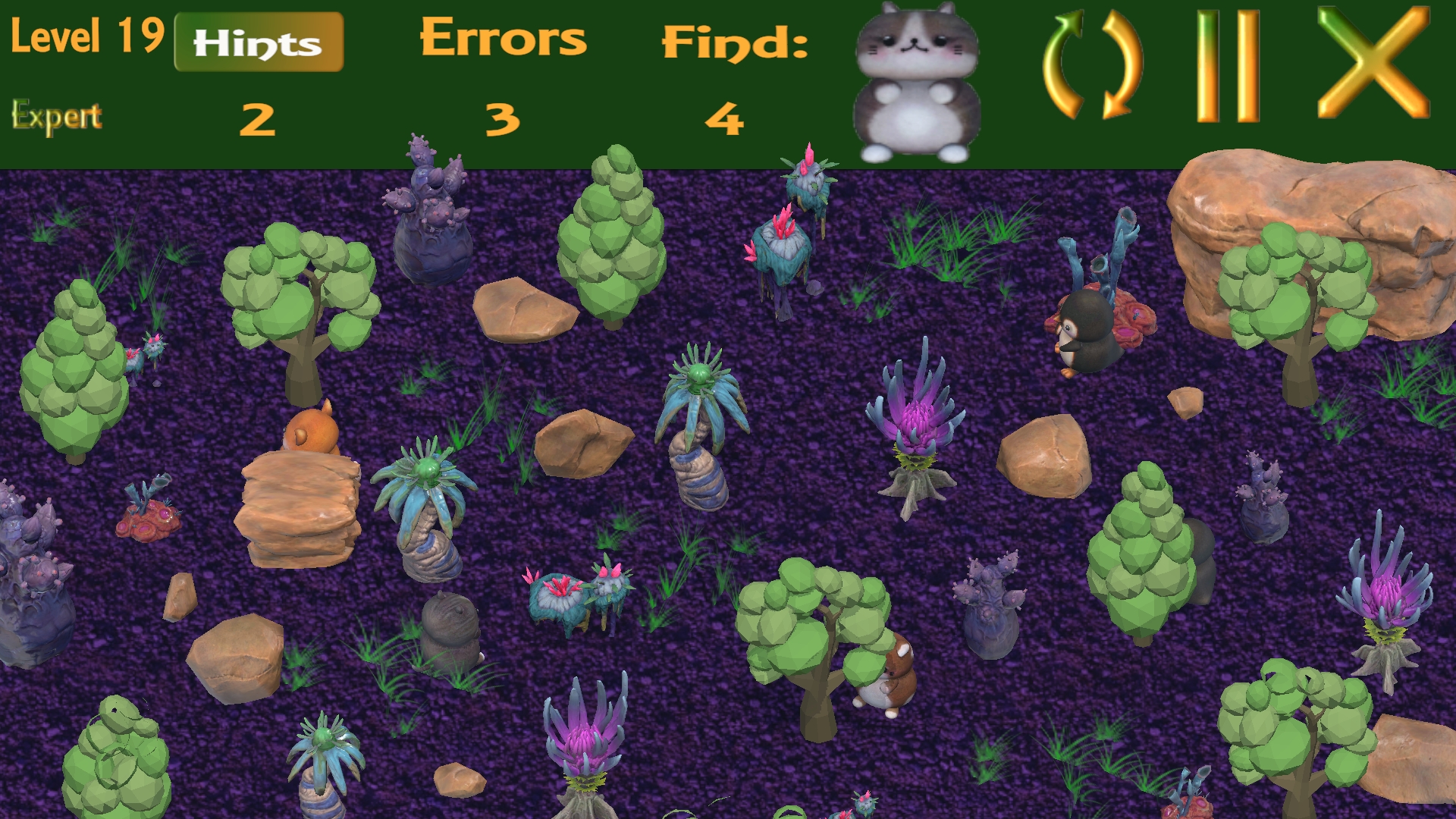 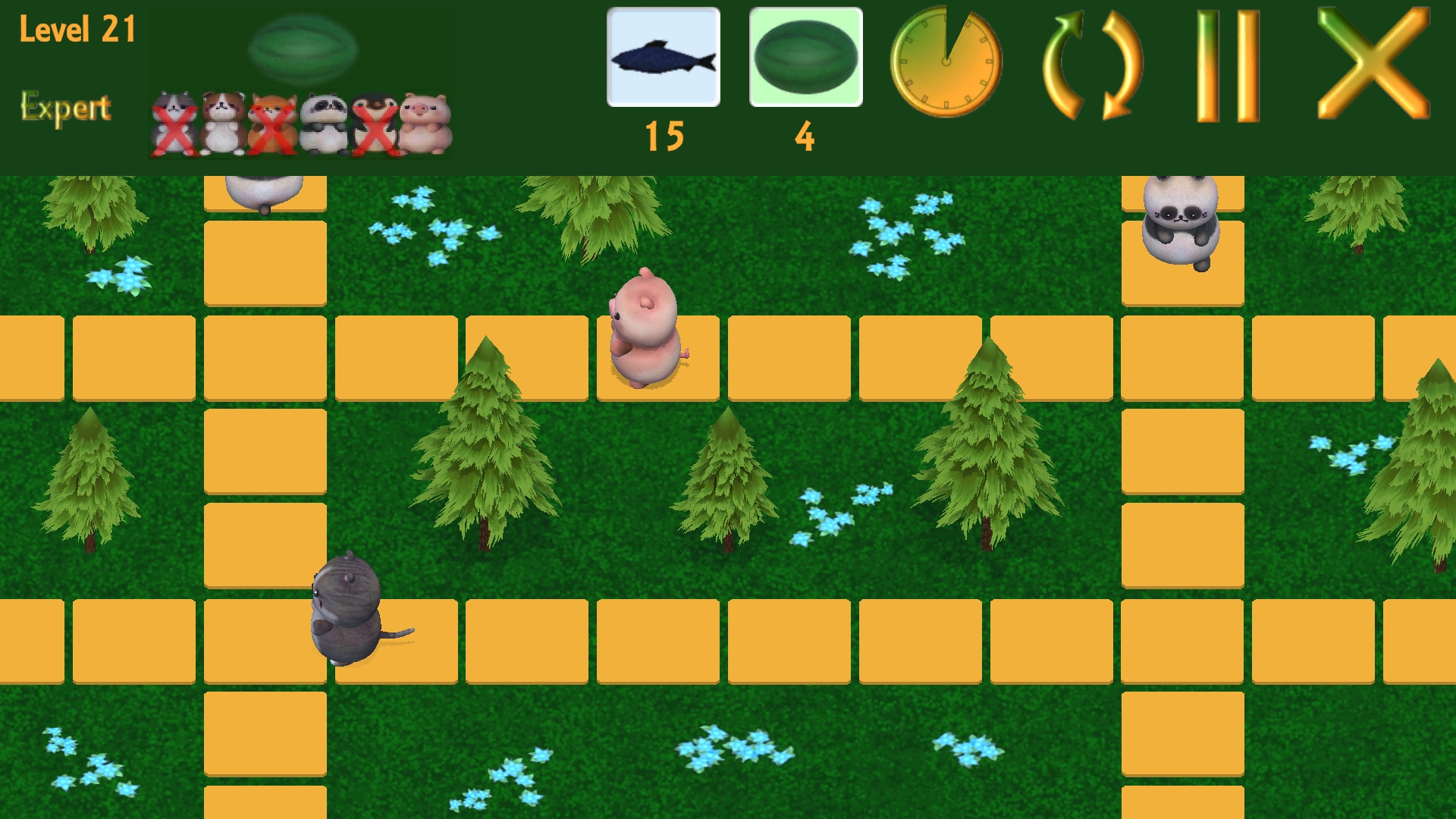 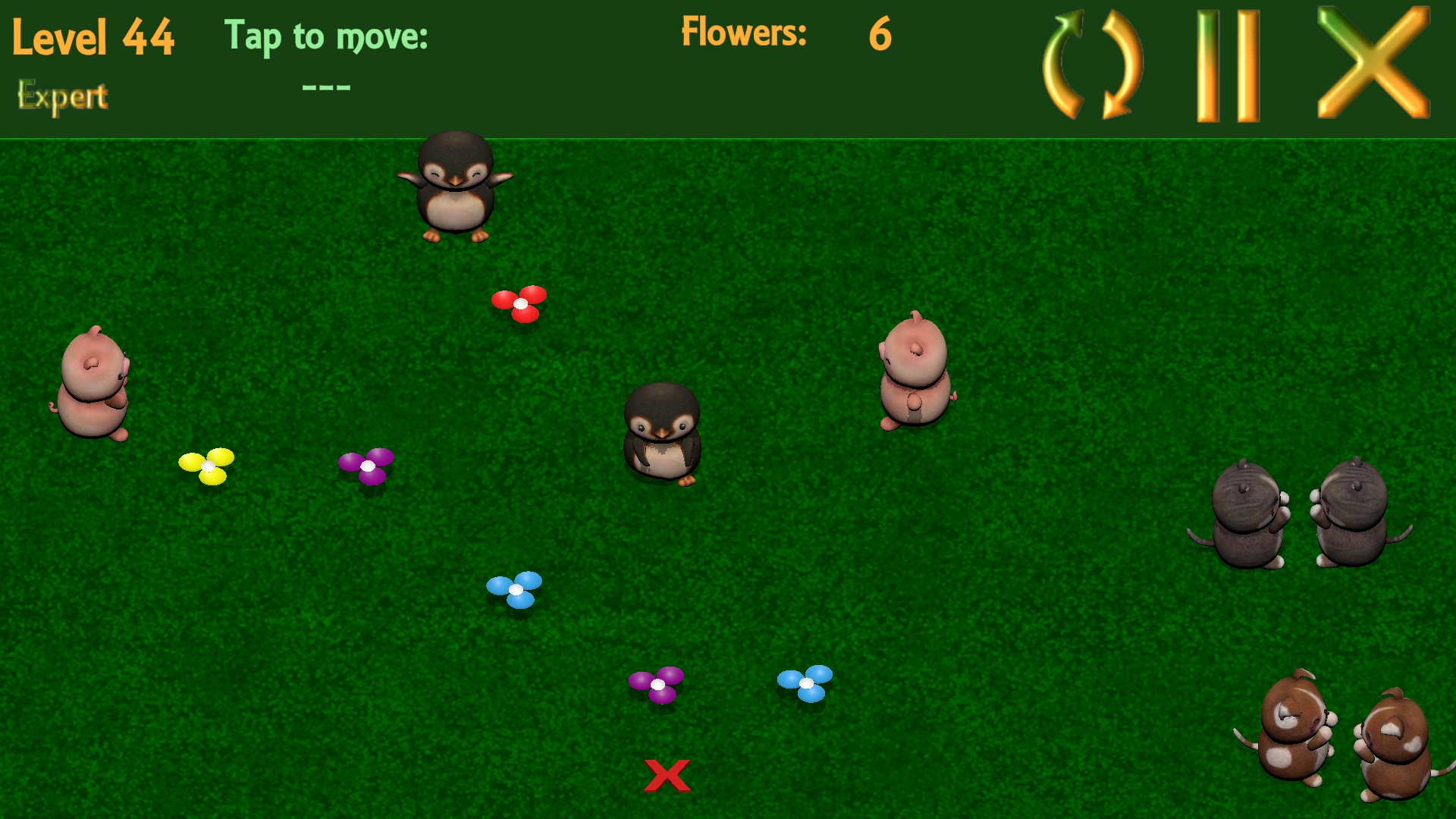 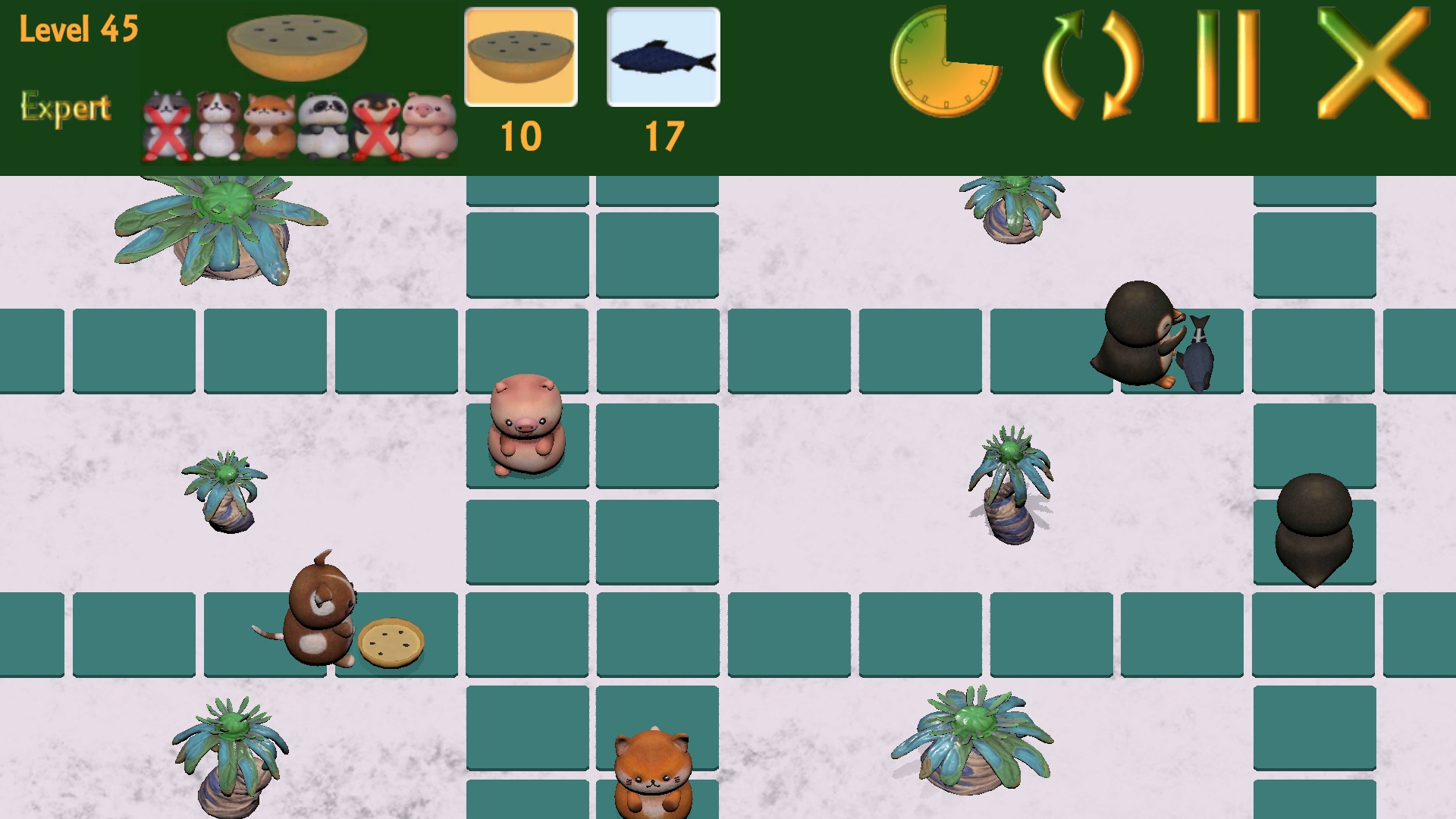 Your device needs at least 2 gig ram to run this game.

Hidden Object - 25 Levels: Find the animal that is hiding as shown on the picture. Dont find any of the others.

Guide the Animals - 25 Levels: Find a path from the one animal to her friend that will allow her to pick 3 flowers on the way without bumping into any of the other animals.

Stop the Animals - 25 Levels: The animals are busy walking up and down. Stop them by placing food in their way so that they dont walk into each other.

The first 9 levels are free. They consist of 3 starter levels of each of the 3 games for you to test that you like the game and that it works on your device.

The remaining levels can only be unlocked by paying an once-off amount of $2.49. Once youve paid that, there is no further charge.

Full explanation of the games:

The animals are playing hide and seek. Only find the one that youre meant to.

• Find & tap the animal that is hiding as shown in the picture.

• Do not tap any of the other animals.

• In the later levels, the animal you must find changes after an animal is found.

• If you press the hint button, then the animal that is hiding will start waving.

• You must find all 30 animals, one at a time, to pass the level and not tap another animal more than the error amount.

• Earn gold by not using any hints or making mistakes.

• You have fewer hints and mistakes allowed in expert mode.

The animals want to reach their friends, but they also want to take their friend some flowers.

• Guide the animals so that they can pick 3 flowers and reach their friend without bumping into any other animal including their friend.

• The friend is the one that is waving and is the same type of animal.

• The one that will move and must pick the flowers, is the one that is not waving.

• Tap anywhere on the screen and the animal will move there.

• When she reaches that point, shell turn and walk to the front of her friend in a direct line.

• When the animal picture appears at the top of the screen, you can tap to move her.

• An animal will only pick 3 flowers. If they move over more than 3 flowers, they will leave the other flowers there for the next animal.

• Casual mode: To earn gold you only need an average of 2 flowers per animal.

• Expert Mode: To earn gold each animal must have 3 flowers.

The animals are very busy going somewhere. Stop them from walking into each other.

• Stop an animal by placing something she wants to eat on her path.

• When she reaches the food, shell stop and eat it before carrying on.

• Tap the food button at the top - once you tap it, it will change to show you which animals eat the food and what food is selected.

• A food item will stay selected until you select a different food item or run out of it.

• Tap a path to place the food there.

• If you place food on a path that the animal doesnt eat, it will destroy the food but wont stop.

• Survive for 3 minutes without any animal collisions to pass the level.

• Earn gold if you dont use all the food - in casual mode you must have a total of 5 food items left, in any combination, and in expert mode 3 food items. 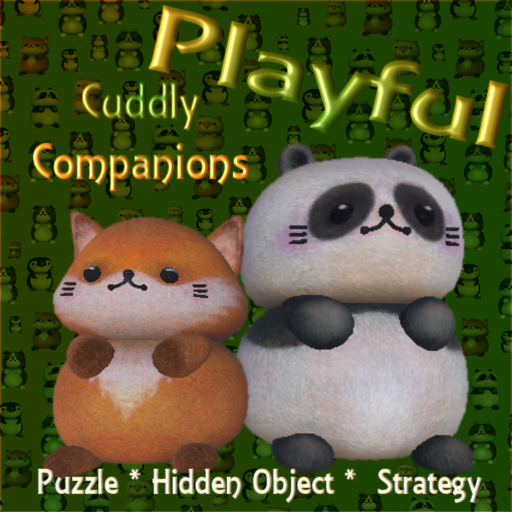