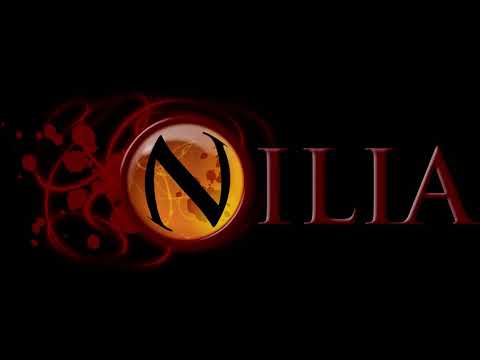 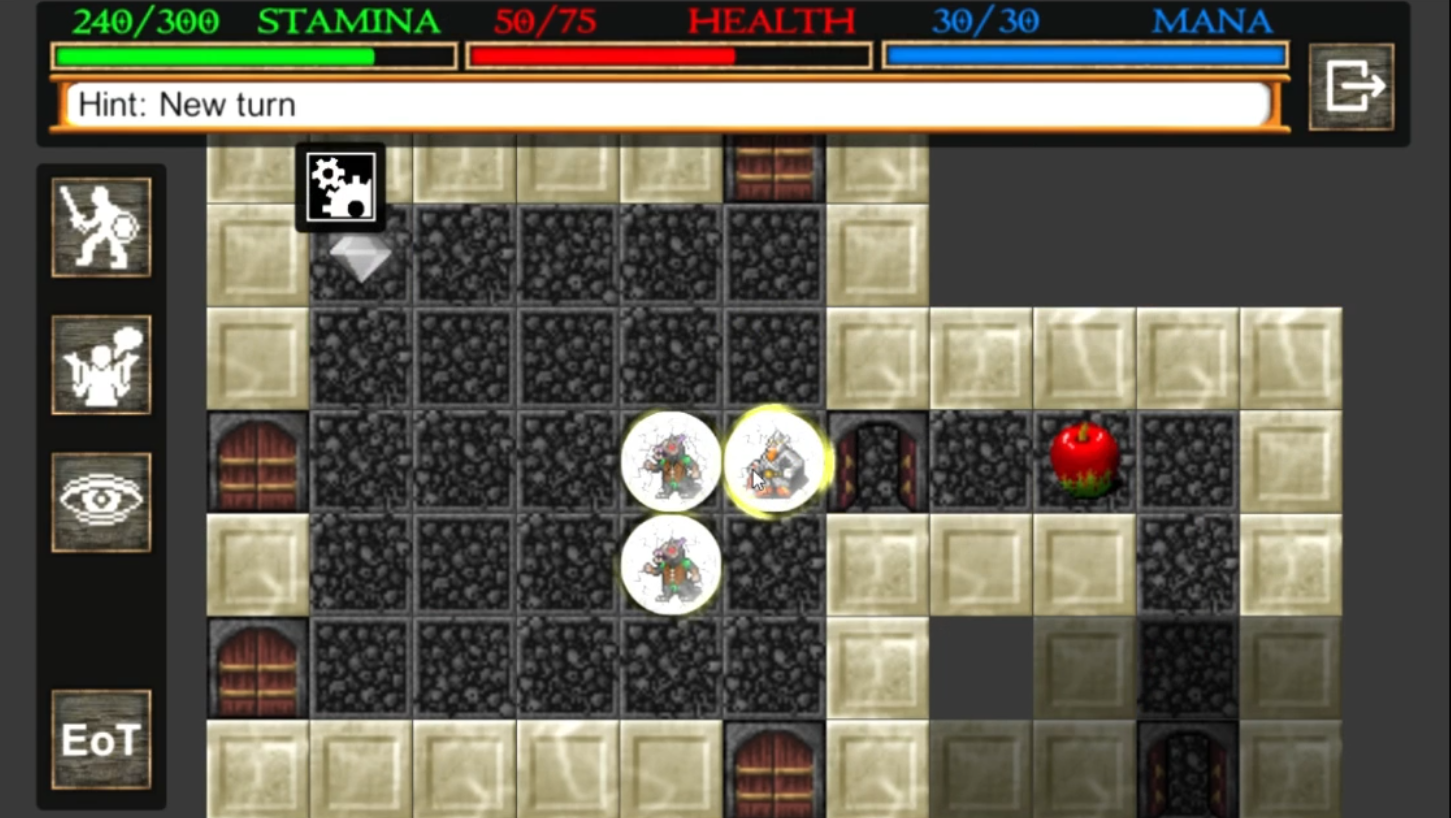 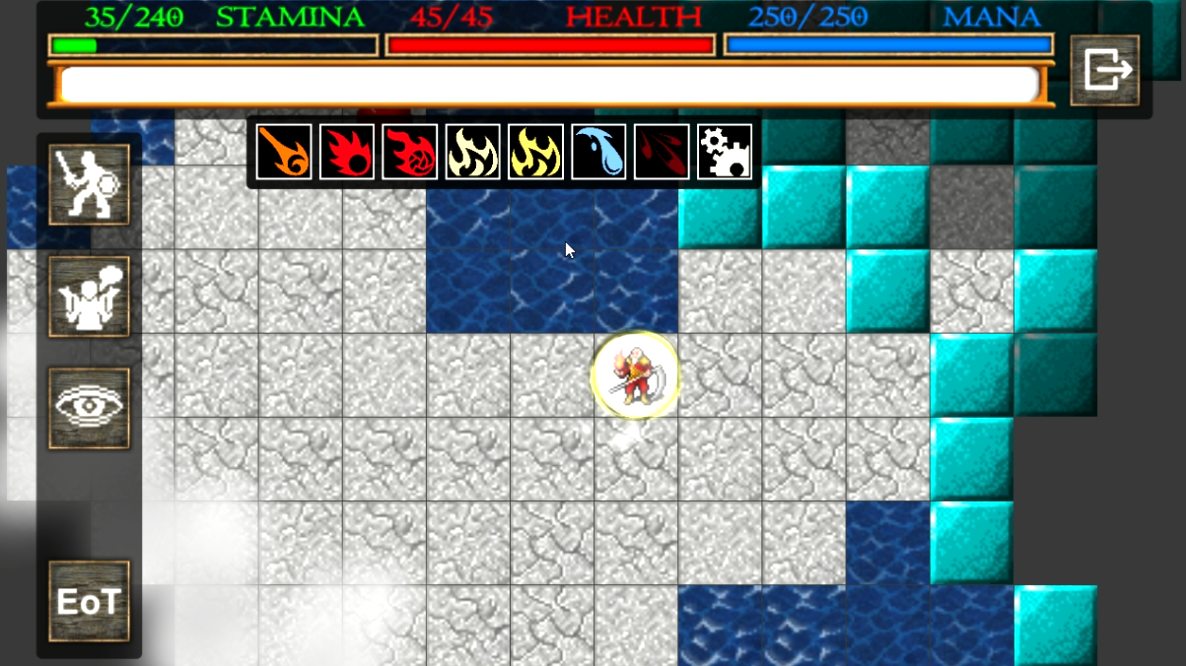 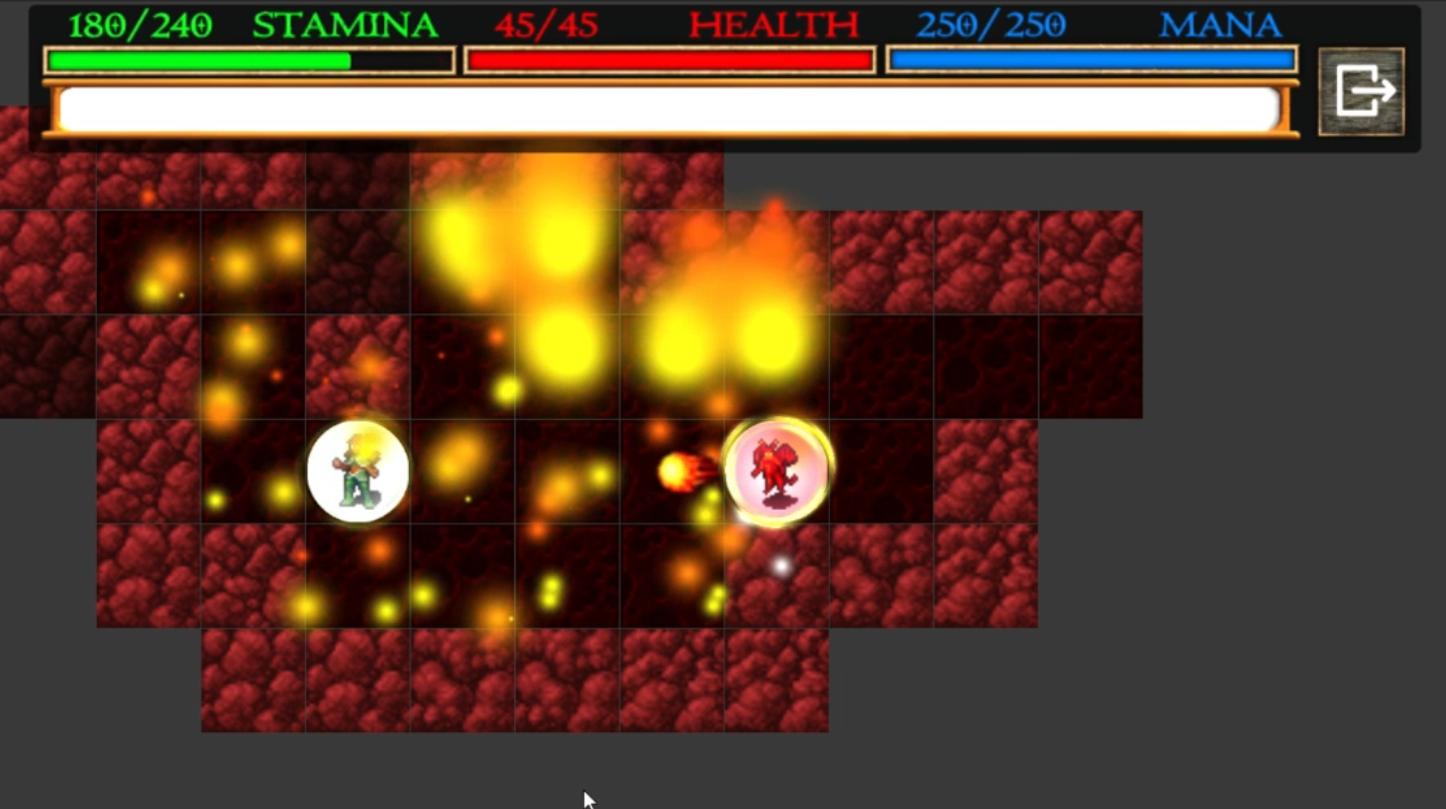 You can choose to play up to three characters at the same time.

Each character has his own abilities and skill set:

He can also cast 40 different kinds of enchantments:

Spells that hit an enemy directly (ex: "Rock Sphere", "Ice Dart"), spells able to affect an entire area (ex: "Fire", "Rain") and spells that the character can cast on himself (ex. "Regeneration", "Fly").

Collect gems during your quest.

Each gem color represents some different traits that you can add to your character:

Each time you clear up a dungeon, you can rest and combine all the collected gems to level up your character, improving your skills and abilities.

You can choose different combinations to develop your characters the way you prefer.

For example: to defeat a Fire Demon, you should use a particular enchantment against Fire Elementals. To learn or level up that spell, you can use a combination of colored gems like White+Blue (Creation+Water) or Black+Red (Destruction+Fire).

Every world has different kinds of maps and obstacles (monsters and traps).

Maps are randomly generated, so objects, monsters, traps, exit ways, etc., will never be in the same place.

The player must adapt and use a different strategy to complete each mission.

From dungeons to mines, a passage through hell to freezing icy mountains, you will face many dangers before reaching the final fortress.

These places are full of vicious monsters: more than 20 enemies, each with different skills and abilities.

You will not only have to consider your character powers, but also rely on various tools and objects that you will find on your way:

Armors and weapons, but also potions, magic stones, and scrolls that can emulate enchantment effects.

Dont get discouraged if youll fail at first. Only the most experienced adventurers will be able to succeed.